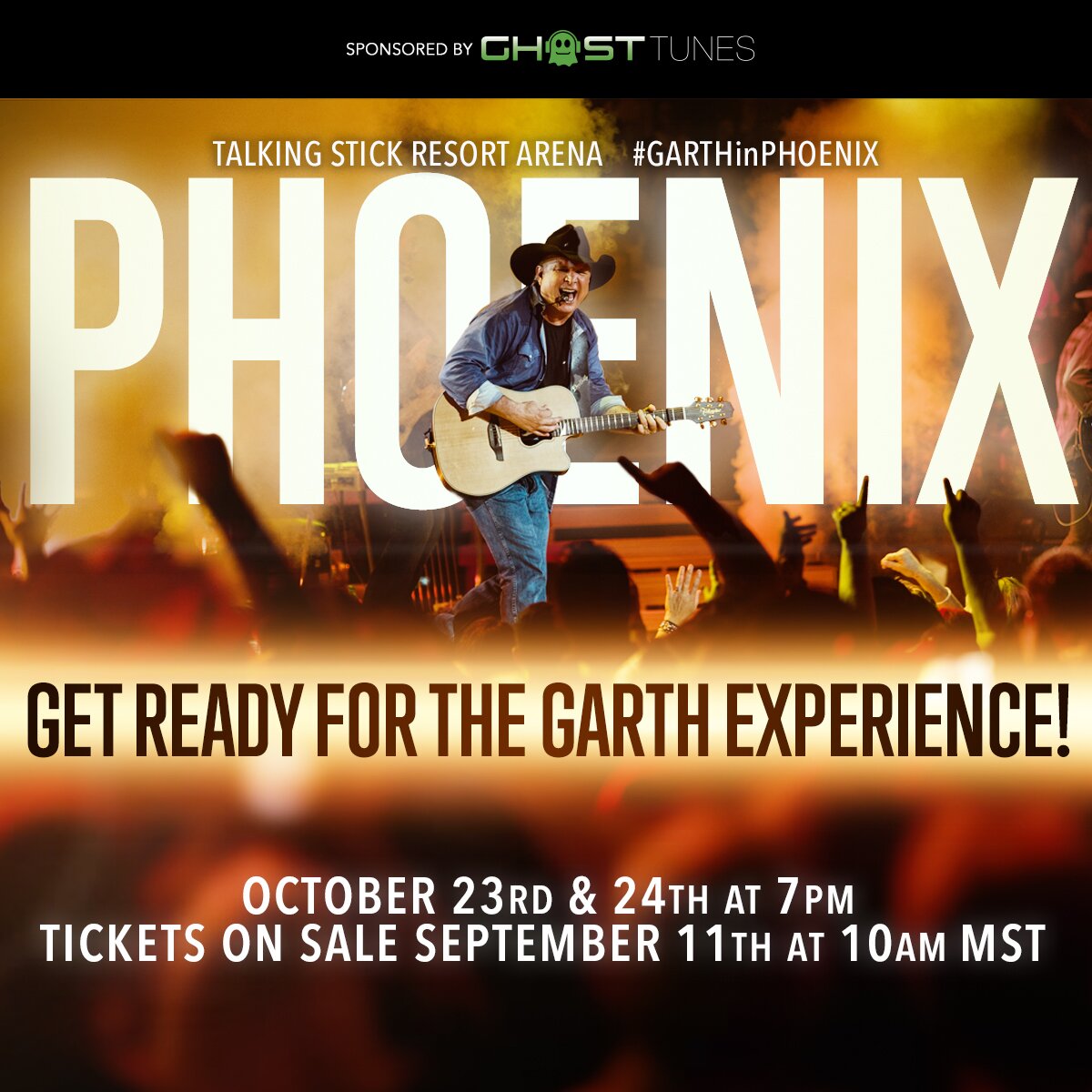 The electrifying return of America’s most powerful concert force and number one selling solo artist in U.S. history! Garth Brooks makes his first appearance in Phoenix in over 19 years and his first Arizona appearance on the World Tour!

Tickets go on sale September 11th at 10am SHARP! There will be an 8 ticket limit.

Please go NOW to Ticketmaster.com/GarthBrooks to create an account or refresh your existing Ticketmaster account for a quicker purchasing experience.

EVERYONE NEEDS A TICKET, INCLUDING INFANTS

US Airways Center Parking
Powered by